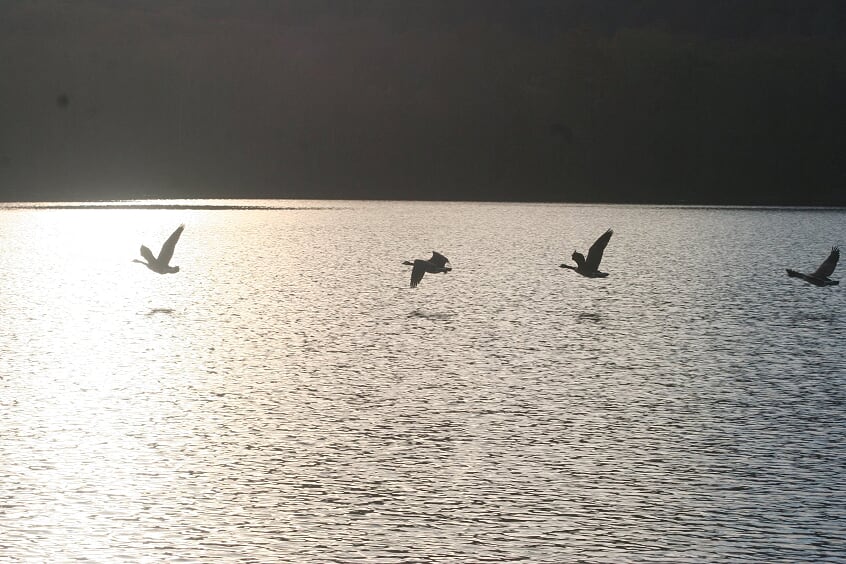 LAFOLLETTE, TN (WLAF) – State parks in Campbell County ranked high in attendance in 2018, according to a report released by the Tennessee state park system. Attendance of East Tennessee state parks was recorded from July 1, 2018 to June 30, 2019. Of the 18 state parks in East Tennessee, Cove Lake State Park ranked number six in attendance with 690,054 visits. Cove Lake State Park was established in 1938 and consists of 617 acres.
Cove Lake State Park was originally planned as Fort Mountain Park and was the third joint effort of the Tennessee Valley Authority (TVA), the Civilian Conservation Corps (CCC), and the National Parks Service (NPS). The initial 668-acre park was built along the banks of the lake created by the Caryville Dam, which was built in 1936. The dam was built to minimize the flooding to Caryville from the Norris Dam project down stream. Even with the Caryville Dam, some 70 structures including the First Baptist Church and a high school were demolished. In addition, Tennessee Highway 63 and US Highway 25 (Dixie Highway) required relocation. Early topographic maps cite the area as Bricetown. In addition to the modern work on the site, TVA discovered Native American occupation from about 1000 to 1200 AD (Mississippian Period). Archaeologists from the University of Tennessee excavated the mounds and habitation sites in 1937. Portions of these sites remain visible on the Duck Island located in the park.
Cove Lake State Park is currently managed by Casey Hatmaker. Cove Lake is a popular park that features boating, fishing, paddling, swimming, campgrounds, tennis courts, volley ball, basketball, fishing, hiking, biking, birding and tons of picnic and meeting areas. It is also home to Rickard Ridge BBQ restaurant, which is open daily. Cove Lake also features Campbell County’s annual Louie Bluie Festival, which takes place in late September. The park is open daily from 8 a.m. till sunset. For more information about Cove Lake call 423-566-9701. The park is located right off Interstate 75 at 110 Cove Lake Lane in Caryville.
Indian Mountain State Park in Jellico ranked number eight in attendance with 392,004 visits between July 1, 2018 and June 30, 2019. Indian Mountain consists of 203 acres and is also located near Interstate 75.  The City of Jellico originally acquired the park in the late 1960s through a federal open space grant under provisions of the 1961 Federal Housing Act. Utilizing grants from the state of Tennessee, the Appalachian Regional Commission, and the Tennessee Wildlife Resources Agency, the park was developed as a reclamation project in which abandoned strip mining pits were converted to recreational use.
As a reclaimed surface mine, Indian Mountain exhibits a beneficial use that can be made of the land after such intensive alterations as those inherent in surface mining. Indian Mountain became a state park in 1971. It features camping, a swimming pool, hiking trails, fishing, boating, paddling, picnic areas, visitor center, horse back riding and birding. The park is open daily from 8 a.m. to sunset. Indian Mountain State Park is located at 143 State Park Circle in Jellico. For more information about Indian Mountain, call 423-784-7958.
Justin P. Wilson Cumberland State Park is the third state park located in Campbell County. This park ranked number 16 in attendance in East Tennessee State Parks with 91,921 visits. The park is managed by Bob Fulcher. The Justin P. Wilson Cumberland Trail State Park is a Tennessee scenic hiking trail, and became Tennessee’s 53rd state park in 1998. It is Tennessee’s first linear park, cutting through 11 Tennessee counties. In 2002, the park was renamed for Justin P. Wilson in honor of his work to help make the vision of the Cumberland Trail a reality. Wilson was Tennessee’s Deputy Governor from 1996-2003 and currently serves as the state’s Comptroller.

The park features trail heads, back country shelters, back country campsites, fishing, rock climbing and hiking. The park is open daily from sunrise to sunset and is located at 220 Park Road in Caryville. For more information, call 423-566-2229.  (WLAF NEWS PUBLISHED – 02/05/2020-6AM)