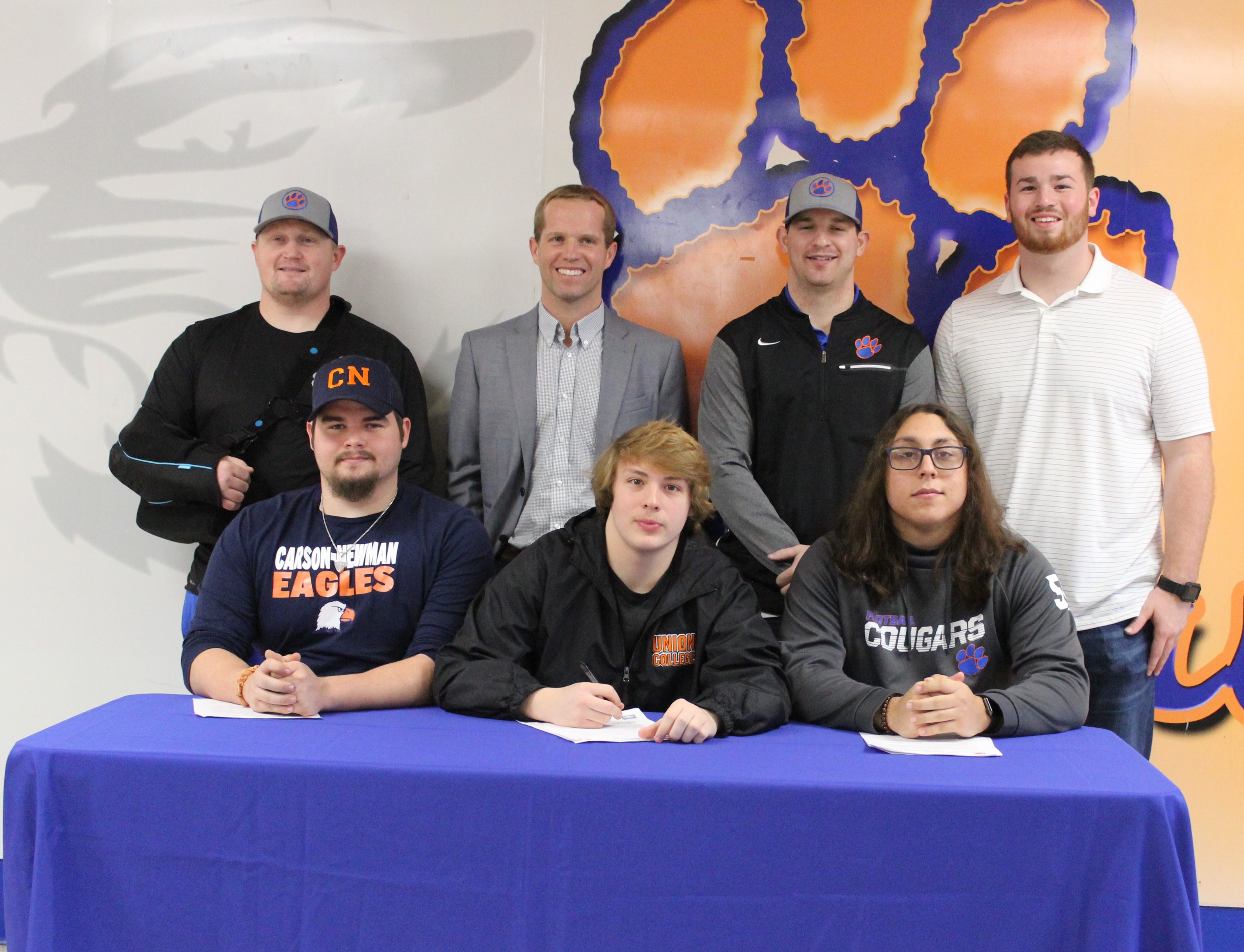 “These three have played a lot of football and are all-region, multi-year stars,” Price told the large crowd assembled in the CCHS Library on Wednesday morning. 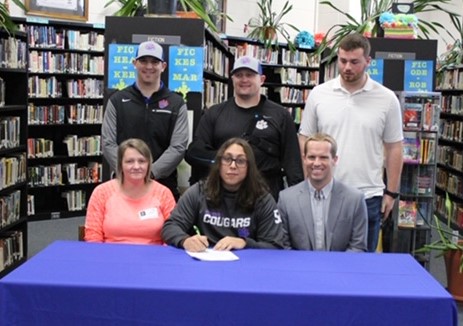 Price said, “Chaz (center front above) is a very intelligent football player with a very high football IQ.  He was a leader on the offensive line and really a coach on the field for us.  He understands defenses and helped our coaching staff have a better feel for what the other team’s defense was doing.” 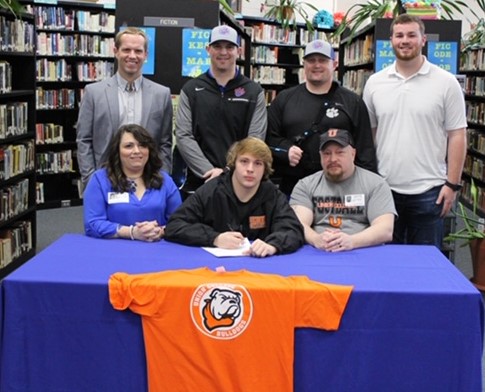 “Daymon (center front above) improved as much as anyone we’ve ever seen from his junior to senior seasons.  He was just so aggressive and understands what offenses are doing.  He will carry that commitment to Union with him,” said Price. 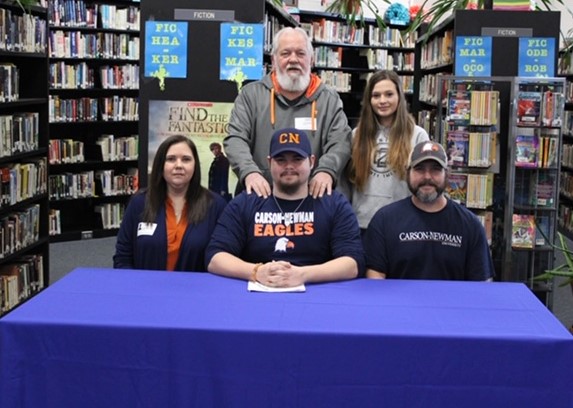 The 9th year head coach noted, “Javan (center front above) started two games as a freshman (CORRECTION:  Javen started one game as a Freshman; the Bell County game) and soon dominated the defensive line.  He’s in the same conversation as former Cougar Big Mike Rhoades who is now an offensive lineman for Tennessee Tech.  He’s an all-in guy who wants to be good.”

Seiber is off to Barbourville, KY, to play for the Union Bulldogs.  Duverney and McCulley will suit up in the Burnt Orange and Navy for Carson-Newman University at Jefferson City, TN (CORRECTION).  (WLAF NEWS PUBLISHED – 02/06/2020-6AM-PHOTOS COURTESY OF WLAF’S  JOSH PARKER)

One Reply to “Coach Justin Price on Duverney, McCulley and Seiber”