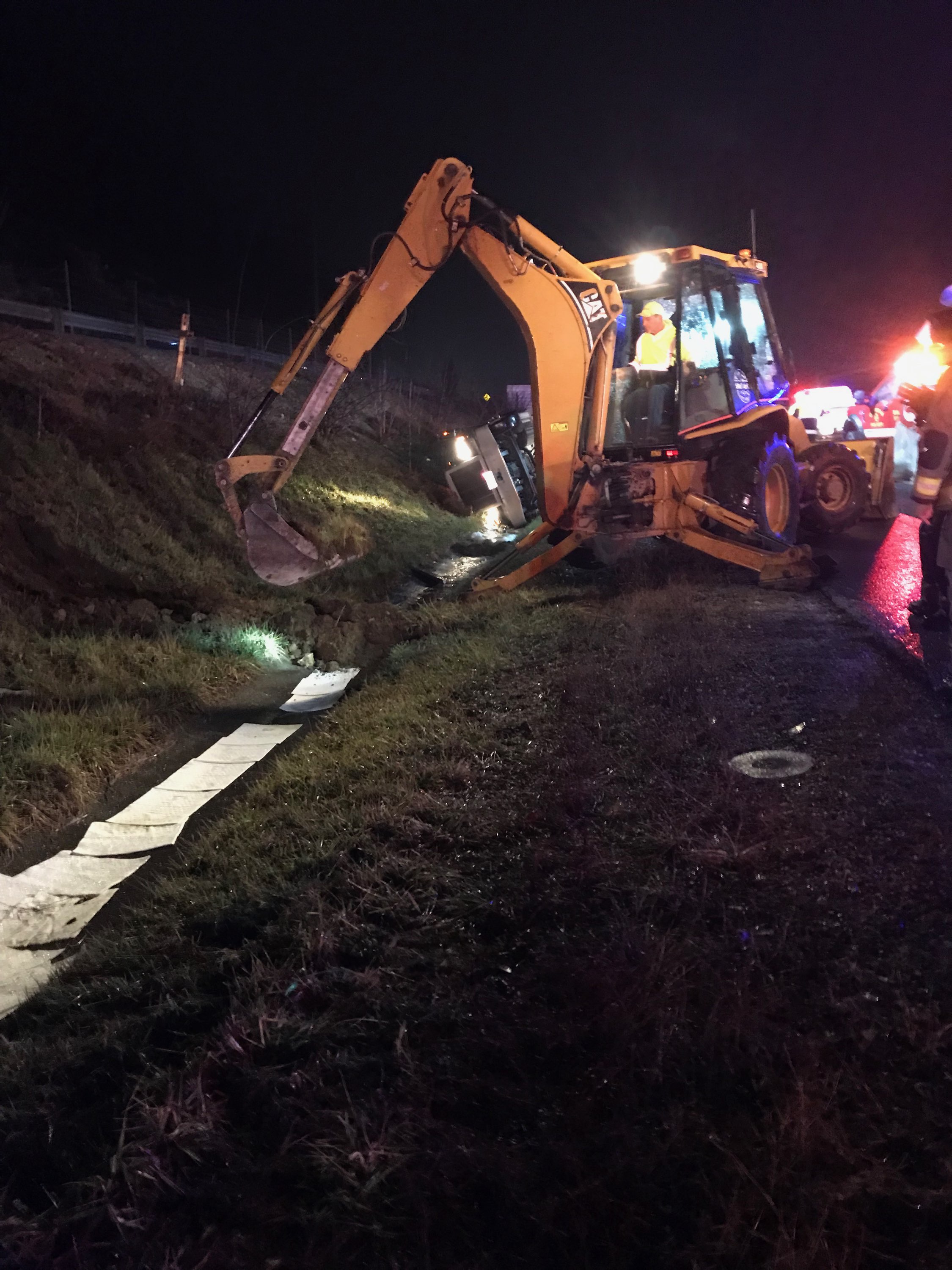 After having a chance to catch his breath and look back on Friday night’s potentially highly dangerous tanker turnover, Caryville Fire Chief Eddie Hatmaker knew what made the difference. He quickly pointed to the seamless cooperation between Fire/Hazmat, Tennessee Department of Transportation and the Tennessee Highway Patrol as the difference on this hazardous materials incident.

TOP PHOTO:  David Muse, in the backhoe, of the Caryville Street Department diked the drainage ditch keeping the spilled gasoline to one area.

Soon after 7:30 pm Friday, a big rig tanker carrying 8,500 gallons of gasoline ended up on its side in the northbound ditch of I-75 near Mile Marker 133 at Caryville.  Officials with HEPACO, an emergency response company,  estimated 500 gallons of gas leaked out of the Lee Oil Company tanker from Middlesboro, according to the chief.

HEPACO drilled the holes in the tank to pump out the gas.  HEPACO will also dig out all the soil that was contaminated by the gas, Hatmaker said. 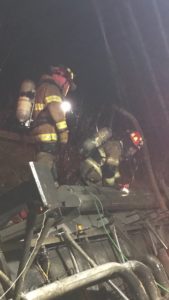 Two members of the Hazmat crew drilled holes into the side of the tanker.

TDOT, TDEC, the EPA, HEPACO, La Follette Fire Department, local EPA (correction EMA) and Caryville Fire Department played key roles in Friday night’s efforts that lasted into the predawn hours on Saturday.  Reed’s Wrecker Service was in charge of turning the tanker back up onto the road.  That side of the interstate was down to one lane for over 10 hours, but it was never completely shutdown.

Hatmaker and all involved send out a great big thank you to Mama Lisa’s Pizzaria for providing pizza and drinks to all of the first responders.