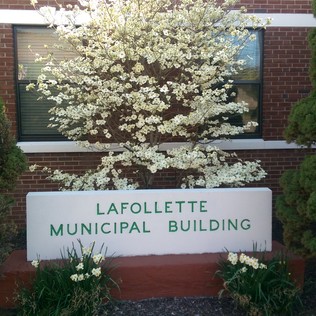 LaFollette City officials hosting a weekly prayer group were met with surprise last Wednesday when a hidden tape recorder fell from the bottom of a table.

The recorder appeared to have been velcroed to the underside of a conference table located in the city council chambers, coming loose when the table was bumped by a prayer participant as they stood, according to a source that spoke to WLAF on the condition of anonymity.

“My group is the one the one that found it,” said LaFollette Mayor Mike Stanfield.

When the cigarette lighter shaped device was discovered to be a recording device, LaFollette City Administrator Jimmy Jeffries notified the Tennessee Bureau of Investigation, according to the source.

“I am hurt by it,” Stanfield said. “We are just trying to do what the people want.”

The mayor speculated the device had been there “a pretty good while.” The carpets in the city council chambers were cleaned recently and the recorder could have been “jarred loose” at that time, he said.

“This is bad business,” Stanfield said.