“They’re easier than the other ones,” said Earl Chapman of the new voting machines that made their debut with the Town of Jacksboro Election.  “I don’t know how it could be any easier.” 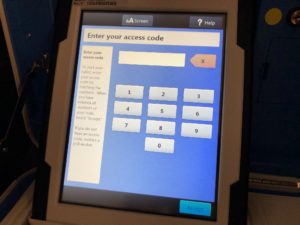 The 80-year- old Chapman, an Air Force veteran, said  he’s voted as long as he’s been eligible to vote.  He, his wife of 59-years, Bobbie, and their granddaughter, Chloe Cox, dropped by Jacksboro Middle School around 3 pm on Saturday to vote. 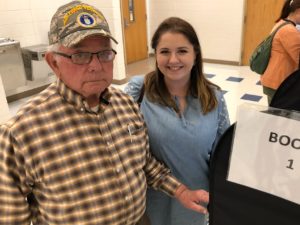 Gene Stevens led the ticket with 106 votes while Jerri Starrett edged out Jimmy Snodgrass by a 75 to 72 vote difference.  Jacksboro Aldermen Ray Green and Mattie Lou Nance did not seek re-election. 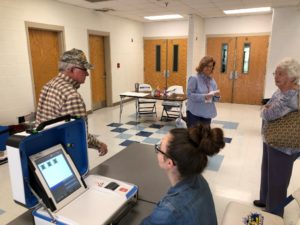 The two Bobbies are left Bowlin and right Chapman

In all, there were 253 votes cast in the election from 150 voters. This means that while people were given the option of voting for two candidates, not everyone did, according to Campbell County Election Commission staff.