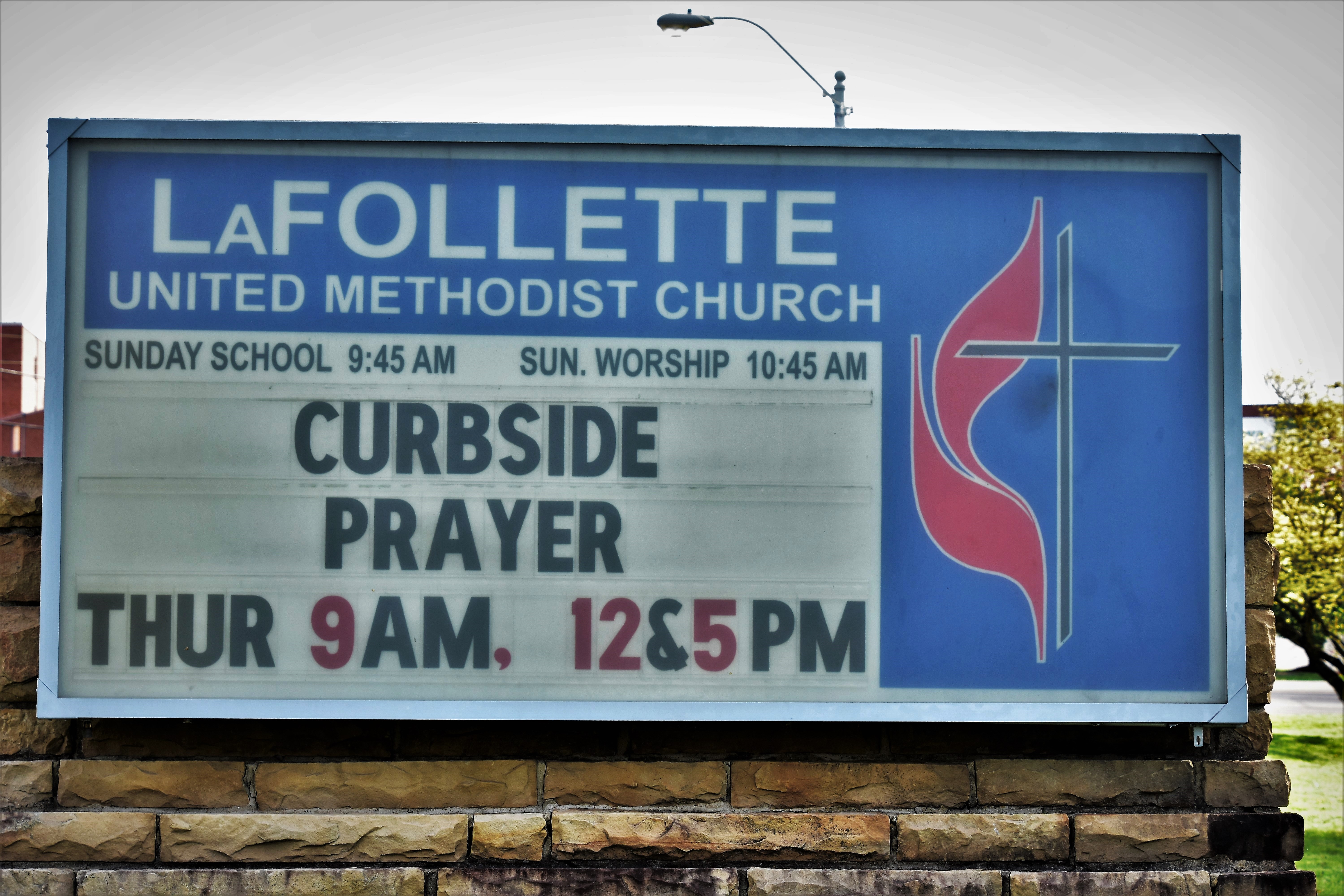 LAFOLLETTE, TN (WLAF) – “Not all churches have a curb.  Not all churches are on the four-lane.  But we do, and that’s when the idea popped into my mind,” said Pastor Chris.  He’s the pastor at the La Follette United Methodist Church and added, “We’re all looking for creative ways to minister all the while being safe.”

Starting last Thursday, Dr. Chris Stanfield began “Curbside Prayers” with three sessions; 9 am, noon and 5 pm.  He said, “I wasn’t sure what kind of response there would be, and 12 people stopped by on that first day; more than I thought there’d be.”

“This began as a way for me to  stay connected to the church family, but we had our first non-members pull up curbside yesterday for a total of four.  It’s open to everyone who wants to stop,” said Pastor Chris. 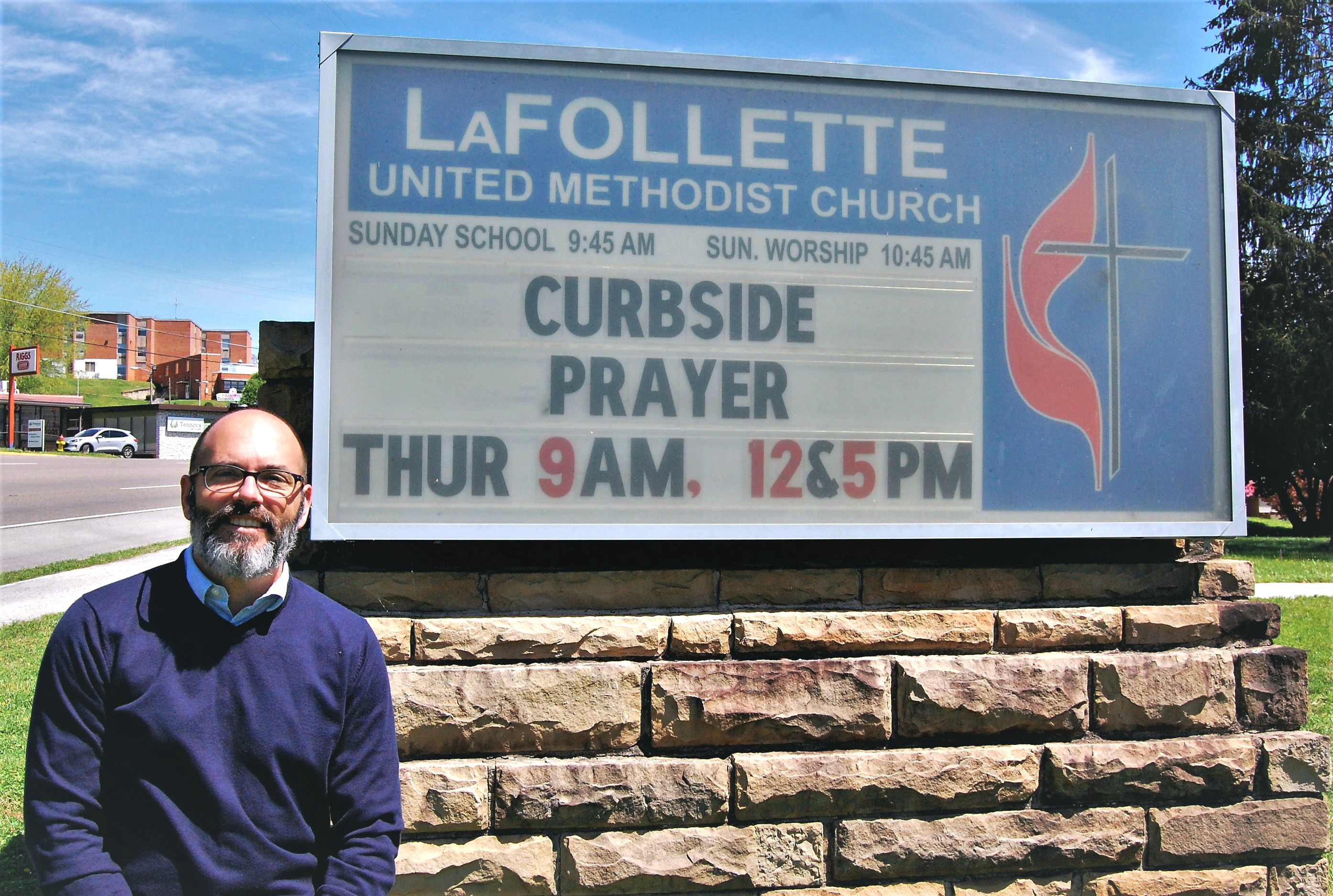 By the second session on Thursday, 18 folks had already pulled over for a prayer.  “Fighting the noise of the traffic as we pray is sort of a testimony that we’re still here, we’re praying and we’re still being connected,” Stanfield, the former Navy chaplain, said.

During the 5 pm hour, a dozen prayer warriors came through.  That made for 30 curbsiders on Stanfield’s second day.  “What a blessing it was to be able to pray with folks especially during Holy Week leading up to Easter Sunday,” said LUMC’s pastor who is approaching his seventh year in La Follette.

Stanfield, his daughter Ellie and Alex Leach have quite an Easter special lined up for this Sunday.  Stanfield said, “We were able to go to McCloud Mountain and shoot a portion of the special from the mountain top.  The day was beautiful most fitting for Easter.  Leach plays acoustic guitar with Ellie on the fiddle for music while Pastor Chris delivers the Easter message.  The live stream begins Sunday morning at 10:45 am HERE.  (WLAF NEWS PUBLISHED – 04/10/2020-PHOTOS COURTESY OF WLAF’S CHARLIE HUTSON)