TOP PHOTO:  Jacksboro Pike and West Beech Street was the end of the line for a Jacksboro man.

Oscar Byrge of Jacksboro is the man police say was driving this van that had been reported driving recklessly.

LAFOLLETTE, TN (WLAF) – Calls about a reckless driver headed toward Campbell County were coming in to E-911 Dispatch from Anderson County soon after 5:30 pm on Tuesday afternoon.  Officials say a man in a van was roaring up I-75 north, and as soon as he cleared the county line, calls began coming into Campbell County’s dispatch center about him.  Reports were that the tan colored van exceeded speeds of 100-miles per hour on the interstate. Jacksboro Police began pursuit on the four lane La Follette-bound.  In the man’s reckless rage, he had a hit and run with a vehicle at El Pueblito’s Mexican Grill,  according to an official.  The van later wrecked as it tried to negotiate the turn onto West Beech Street at JR’s Tires and Used Cars. 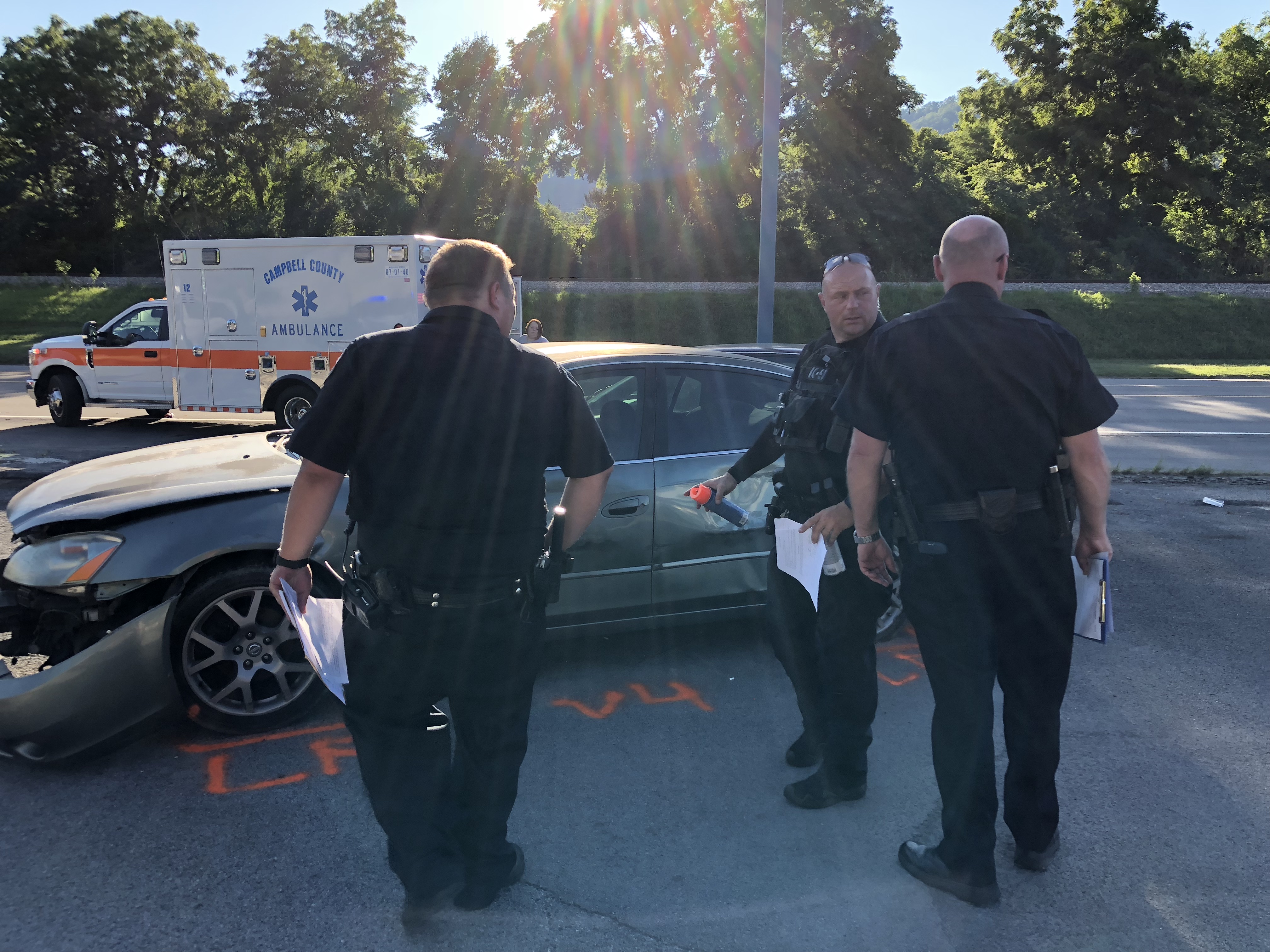 JPD Officer Frankllin Ayers and others chased the suspect on foot down Beech Street past the Calvary Baptist Church.   According to one official,  the suspect was arrested at gun point between a house and Litho-Craft Printing and Office Supply on West Beech Street; nearly 200 yards from the crash site. 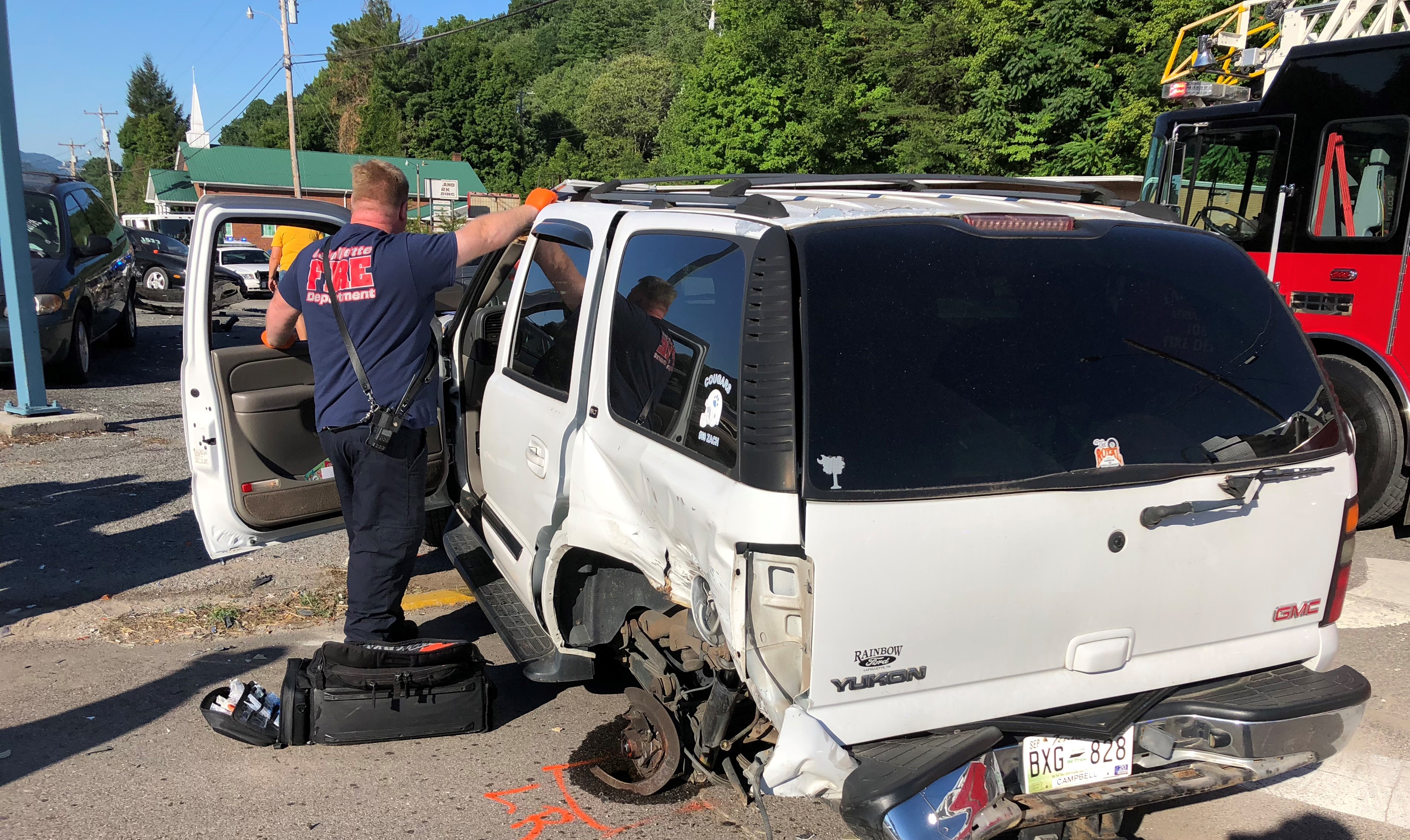 First Responders with the La Follette Fire Department tend to the female driver of this GMC Yukon.

Based on jail records, the man is identified as 32-year old Oscar Byrge of Jacksboro. 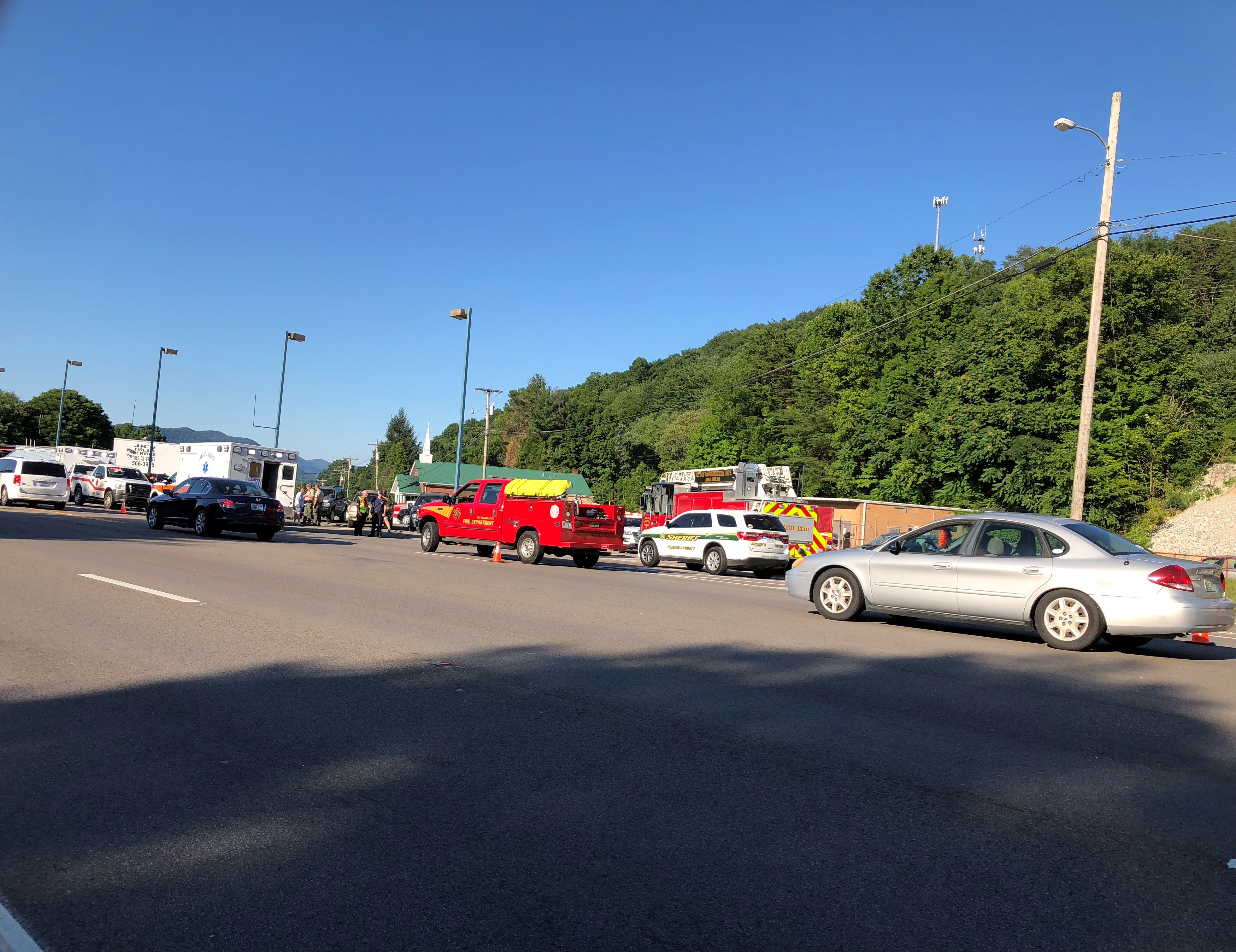 West bound traffic was directed into the turn lane to clear the scene of the accident as West Beech Street was closed down.

Officers with La Follette Police counted off a total of six vehicles, three parked, involved in the wreck at JR’s.  A couple of people were being treated for non-life threatening injuries. 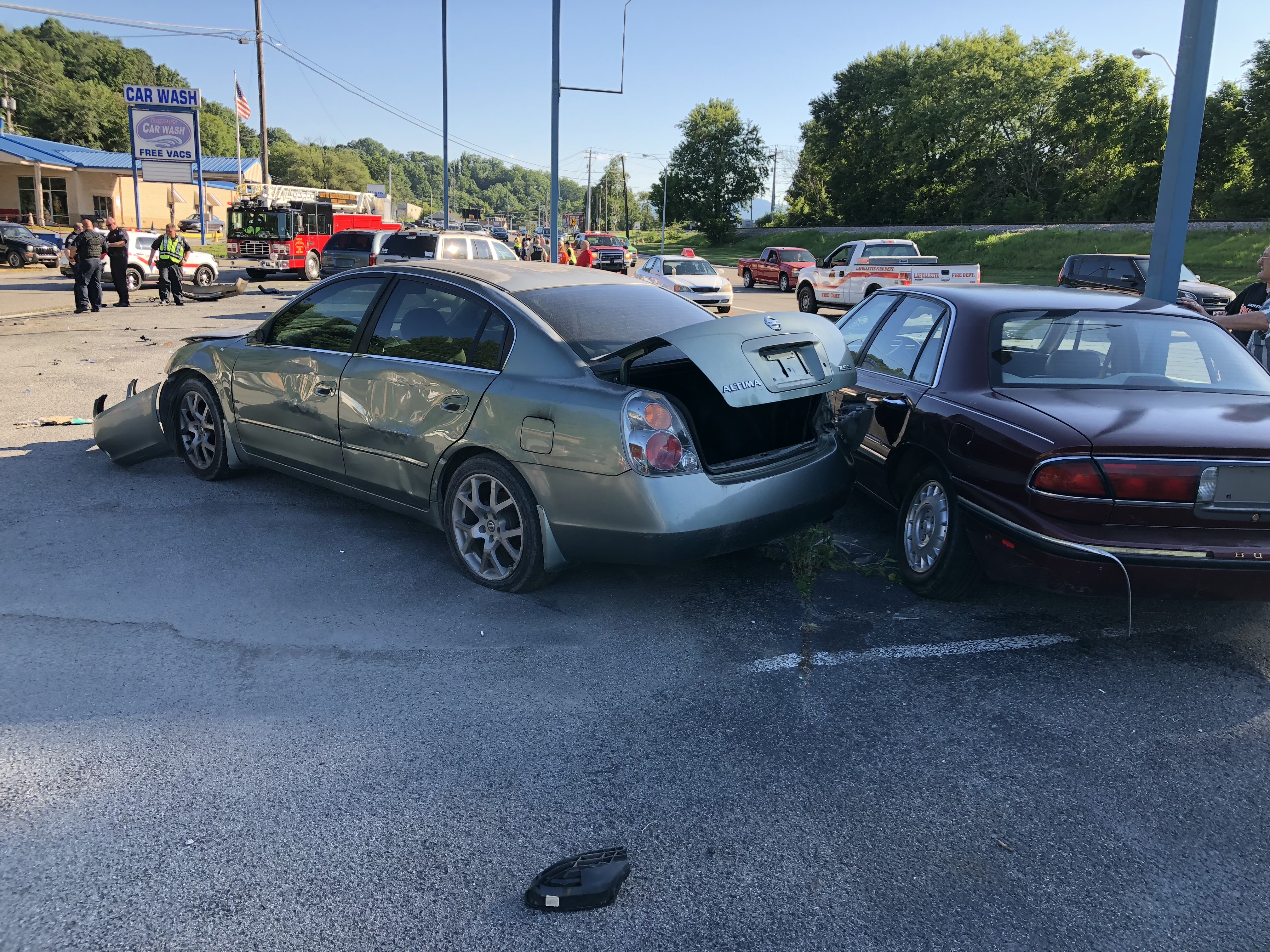 Debris was scattered all around West Beech Street, Jacksboro Pike and JR’s lot.