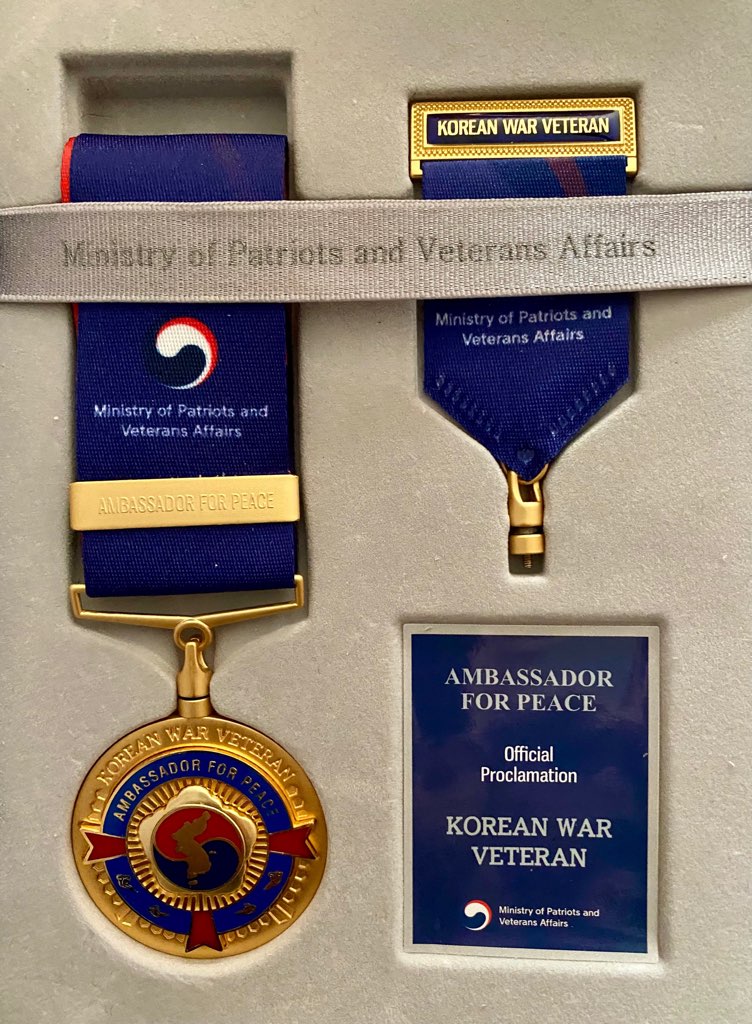 TOP PHOTO: “It (the medals) really means a lot to me being the oldest grandson,” said Andrew Bruce, one of Carlo Bruce’s grandsons.

LAFOLLETTE, TN (WLAF) – Local Korean War Veteran Herman D. “Carlo” Bruce was recently recognized as an “Ambassador of Peace” with a proclamation from the Minister of Patriot and Veteran Affairs of the Republic of Korea. He also received a medal for his service there.

The medal is an “expression of appreciation” from the Korean government to U.S. serviceman and women who served in the Korean Conflict.   Bruce is originally from the Melvin Community near Stinking Creek Road.

“It (the medal) really means a lot to me being the oldest grandson,” said Andrew Bruce. He said “papaw has three grandsons and two granddaughters.”

His rank in the military is a Sergeant First Class, and he served in the United States Army from 1951 to 1953. Bruce spent two years overseas, with one of those in combat in Korea. The proclamation expressed “the everlasting gratitude of the Republic of Korea” for Bruce’s service in “preserving and restoring the freedom of democracy” of the country.

“He was really surprised when I told him about the opportunity for us to claim this medal for his service during the Korean War,” said Andrew Bruce.

Bruce also received a Certificate of Honor and Korean War Commemoration from Vet to Vet of Tennessee in recognition of his “service and dedication.”

“He has been through so much and achieved so much in spite of many setbacks (loss of hearing, etc.),” said his oldest grandson, Andrew. (WLAF NEWS PUBLISHED – 12/09/2020-6AM