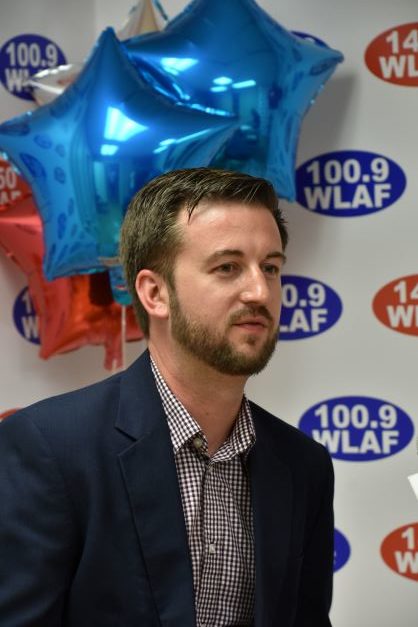 With an interest in criminal justice Walden attended East Tennessee State University. During his years there, Walden decided to attend law school. But he always knew he “wanted to come back home.”

After graduating from Alabama, Walden joined Eldridge and Blakney in Knoxville. His legal experience includes defending “everything from speeding tickets to a first-degree murder charge,” he said. And while he wasn’t the lead attorney on the murder case, Walden said assisting with the high-profile proceedings gave him experience with a “high pressure” case.

When Judge Shayne Sexton announced his retirement, Walden said he began weighing if he wanted to run for the seat. During the years he had been practicing law, Walden said he had begun to envision himself in a different role in the courtroom.

“I wanted to be sure I was pursuing it for the right reasons,” he said. To do this he “sat down with some mentors.”  Soon, a campaign began.

Trekking across the five counties in the district, Walden learned the geographical and political differences. From this Walden knows he “truly wants to make things better in all five counties.”

His vision for the court includes treating everyone with “dignity and respect.” Walden’s goal is to acknowledge that for the person in front of him, that case is the “most important one of the day.” After that, Walden has a focus on two groups- those battling addiction and veterans. Expanding the services of recovery court is a priority for the new judge. He also wants struggling veterans to have their own court to address their unique issues.

Regarding changes in how court will be conducted, Walden said those will not come this year.

“I will continue to follow the model that has been set,” he said.