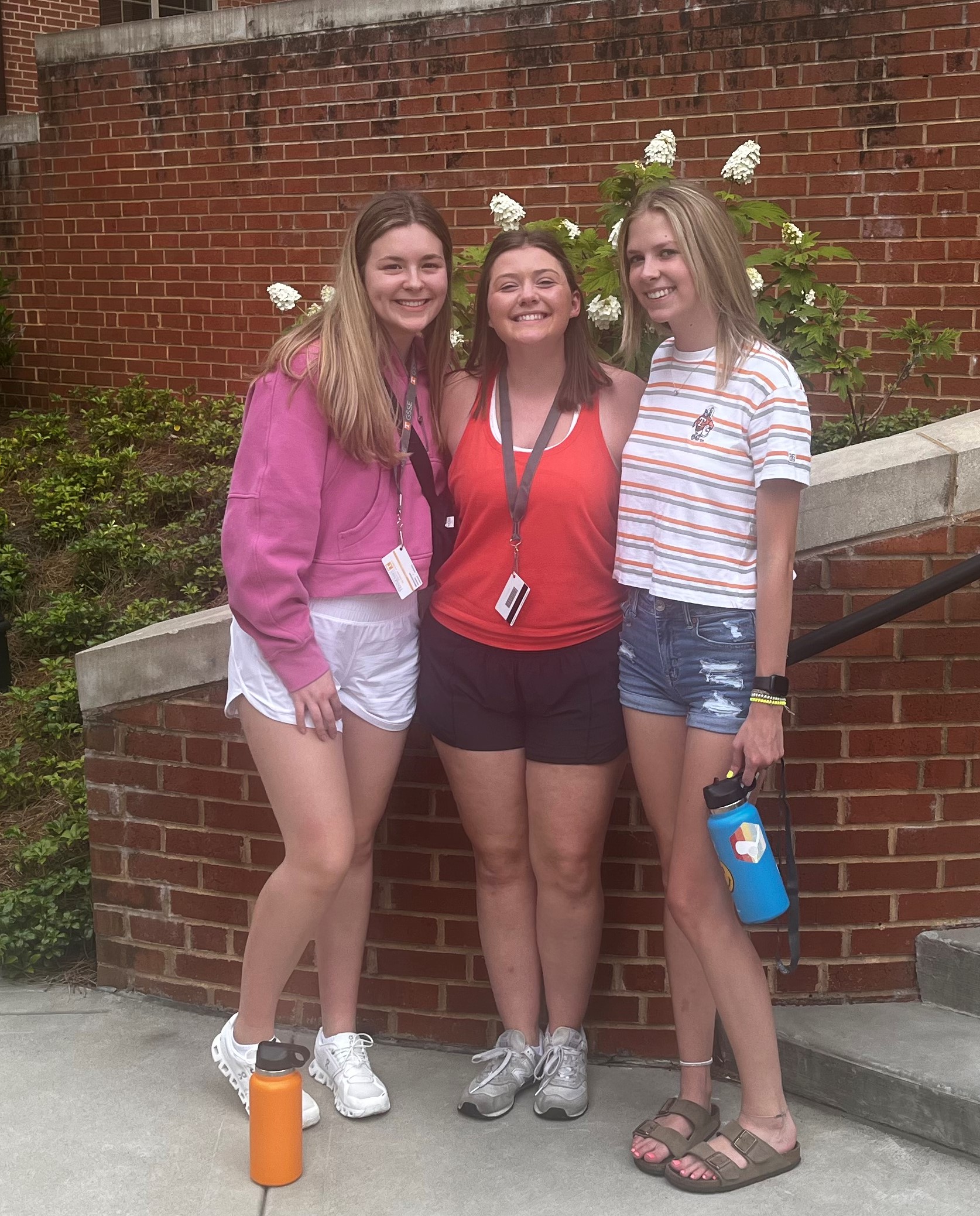 TOP PHOTO: Abby Crumley (right) is with fellow attendees during the Governor’s School for Science and Engineering (STEM) this summer at the University of Tennessee.

KNOXVILLE, TN (WLAF)- “Being around my dad, Richard Crumley at Norris Craft Boats, I’ve always liked to learn how stuff runs, motors, cars and the like,” said Campbell High Junior Abby Crumley. That interest helped lead Crumley to be one of the few juniors and even fewer girls from across the state invited to attend the Governor’s School for Science and Engineering (STEM) this summer at the University of Tennessee. “I thought it was perfect for me to apply,” said Crumley.

“Abby has definitely put a lot of effort into her education. For her, it comes easy in a not so easy class; Algebra II Honors,” said Crumley’s teacher, Will Van Etten.

Out of more than 1,000 applicants, Crumley was one of the 75 attendees to receive a full scholarship along with about 40 more students on partial scholarships. Her reaction? “Wow! I really was accepted? No way! Coming from Campbell County, too,” said Abby. It left her feeling empowered.

“I’m excited and really proud of her,” said mom, San San Crumley. Her mother is the one who suggested she apply.

Abby was a student in Amy Valandingham’s Geometry Honors Class last year, and she simply loves Abby saying “It’s awesome that Abby pursued the Governor’s School for STEM going above and beyond. That’s so cool. It speaks volumes about her.”

It was similar to applying for college. “I wrote two essays, answered a lot of questions about myself and my future plans. I also had to have to letters of recommendation from two of my teachers,” said Abby Crumley.

“Abby has high expectations and exceeds those in every regard. She’s already figured out the next step. She has a good head on her shoulders,” said Van Etten.

It’s not often girls are in STEM, according to Abby’s mom who is a career educator. “She earned five hours of college credit and learned a bit about college,” said her mother.

“Giving up a lot of her summer to attend was quite a commitment. I was honored to write one of her letters of recommendation,” said Valandingham. She adds that Abby is a little ray of sunshine, always smiling.

Over her four weeks on campus, Crumley was able to really see the whole campus and what it would entail being a student. “I realized that I can fit in at college, meeting a lot of people and taking college level classes. It was a challenge but fun,” she said.

It wasn’t easy giving up half of her summer, but Crumley was glad that she did. “I had the best time and recommend this to others,” said Crumley.

“Abby was great to have in the classroom. She’s so mature, responsible and polite,” said Valandingham.

“It was difficult letting her go for four weeks. There were tears upon tears when we dropped her off, and there were tears on the other side when we picked her up,” said her mother. (WLAF NEWS PUBLISHED – 10/03/2022-6AM)