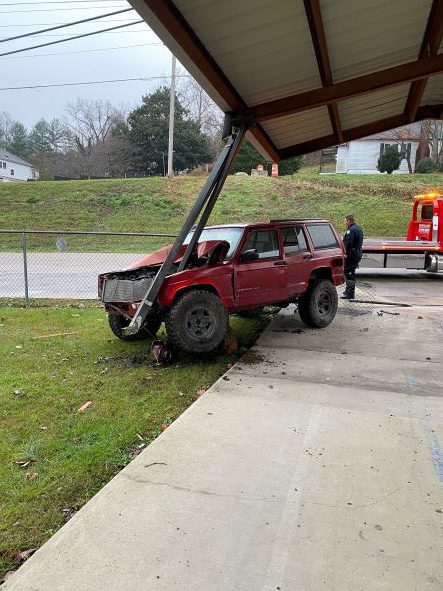 LAFOLLETTE, TN (WLAF) – A La Follette man is free on bond this morning after being arrested for DUI (driving under the influence) and leaving the scene of an accident.

Tuesday morning around 8am is when La Follette Police located Jonathan Taylor Baker near the former West La Follette School after allegedly leaving the scene of a wreck. Baker’s Jeep was said to have veered off West Beech Street and hit a support pole for an awning that leads from the now La Follette Community Center’s Gym to the sidewalk.

Baker, 26, 490 College Hill Road, La Follette, was charged with DUI, driving on a suspended, revoked or cancelled driver license, violation of the implied consent law and leaving the scene of an accident.