A big rig tanker jack-knifed in  the 7 am hour this morning on I-75 here in Campbell County.   CLICK HERE to see the TDOT video.Officials with TDOT tell WLAF that the 18-wheeler was carrying copper sulfate, and that the approximately 4,500 gallon load spilled near Mile Marker 138 on the southbound side.   As of the noon hour, TDOT officials are saying that I-75 near the 138 MM will likely be down to one lane through Friday morning as the clean-up efforts continue.  According to E-911 Dispatch and the THP, both lanes of I-75 are now open on Friday, June 1, 2018. 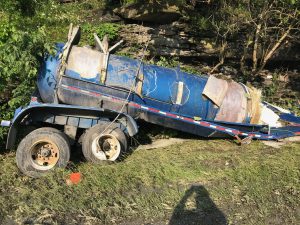 The big rig wrecked not long after 7 am on Thursday morning. between the two Caryille exits.

Hazmat crews had to be called in for the clean-up.  TDOT reports that one lane of traffic is open, but that traffic is backing up.

The driver was taken to a Knoxville hospital for treatment.  There’s no word on the extent of his injuries.  (WLAF NEWS PUBLISHED – 05/31/2018-9:30AM-PHOTOS COURTESY OF TDOT)

The photos below are courtesy of Caryville Fire Chief Eddie Hatmaker. 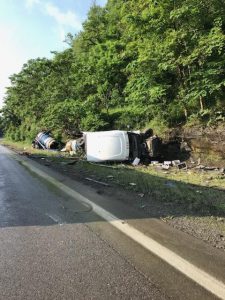 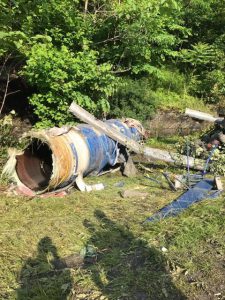 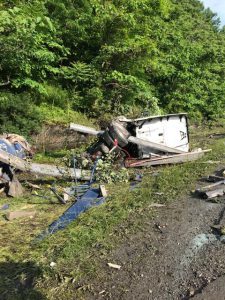 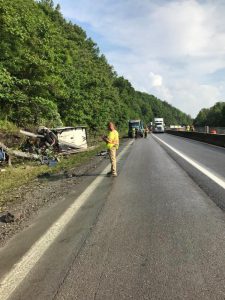