If you don’t have a Jerry Kitts story or never heard a Jerry Kitts story, then you’ve really missed out.    As soon as the sad news began circulating Monday morning of the death of the car fixer/ comedian, the stories started popping up on Facebook, through texts, over the phone and in person.

Cliff Jennings and I stopped by to visit Jerry one morning, and as Jerry was finishing up a phone call, Cliff helped himself to some of Jerry’s coffee.  We went outside, and Cliff told Jerry  this may be the worst cup of coffee he’s ever had.  Jerry apologized, took the cup from Cliff, as if there is some magic way to make it taste better, and said, “Let me show you an old Indian trick.”  Jerry promptly poured out the coffee and handed the empty cup back to Cliff.

During his high school days, Jerry skipped a scheduled appointment with Dr. Freeman.  He told his parents that when he got there, they’d already closed for the day; I think he used that one a couple of times.

Aside from Jerry’s funny bone, he had a servant’s heart.  Helping make a motorcycle look new again, offering advice when there’s no hope for your car or offering up help in a way you least expect, Jerry was just that way. 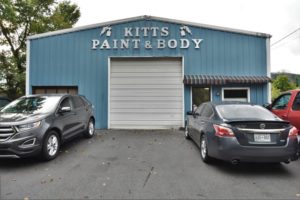 Before the days of cellphones, a customer told Jerry that he’d leave his car with him so he could get started on it while he spent the day playing golf.  Jerry went out to pull the car inside the shop, and the keys were nowhere to be found.  Jerry called the La Follette Country Club and asked someone to go to the course to find this person.  He walked all the way back to the phone, in the pro shop, to hear Jerry saying, “Put your right hand in your pocket.  Do you feel those damn keys you were supposed to have left in your car?”

And if Jerry ever gave you the “Jerry Kitts howdy” when you passed him on the road, you knew he liked you.  Really liked you.