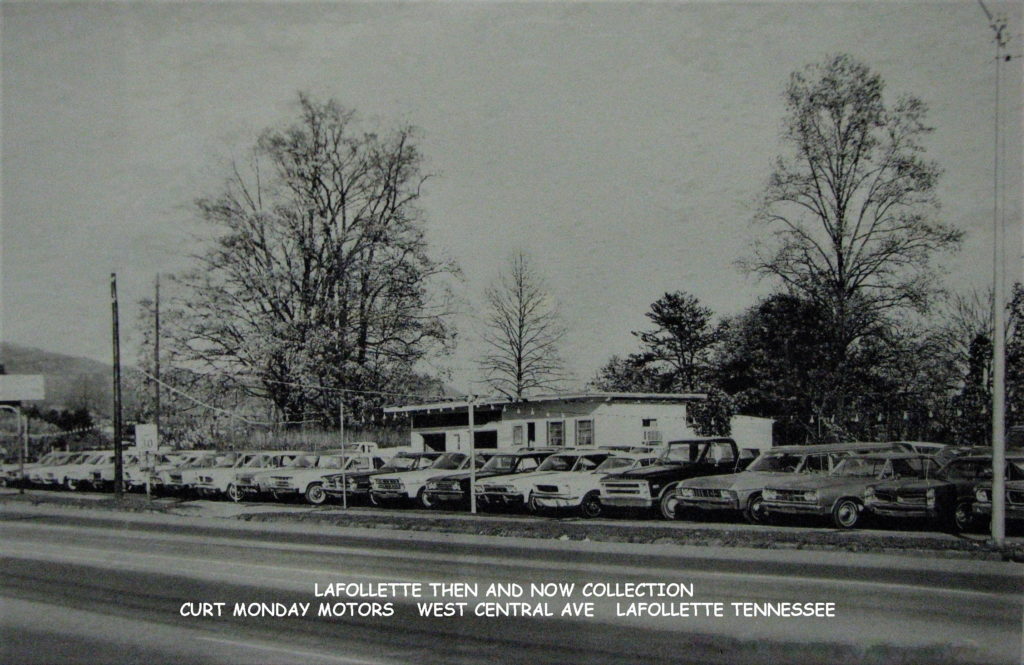 You have to be of a certain age to know where this is, who owned this business and what is on this property today.  WLAF’s Charlie Hutson shares details of this Throwback Thursday photo further down the page. 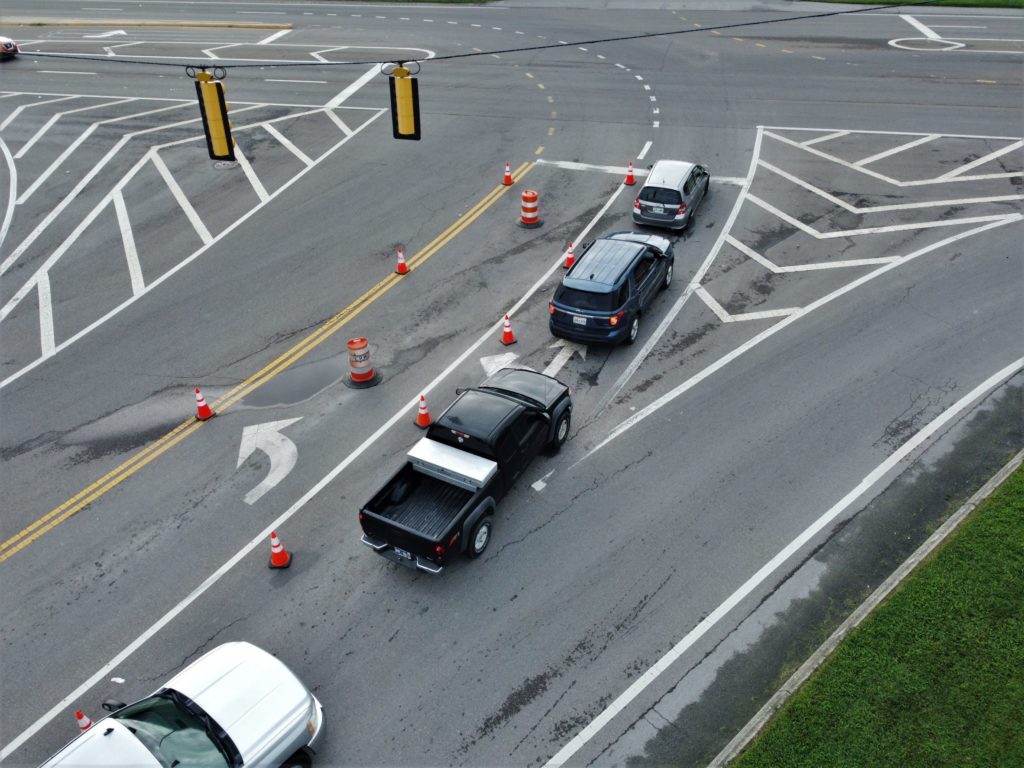 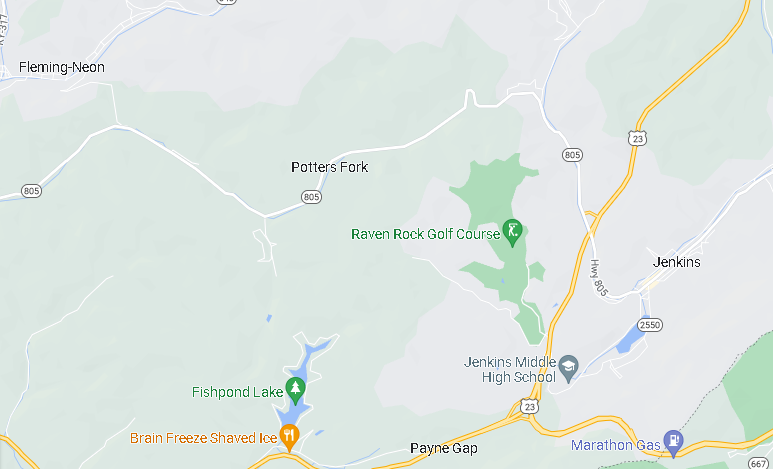 TOP PHOTO: Letcher County, Kentucky, was the hardest hit area of the Kentucky flood disaster, and your last loads of donations went to Fleming-Neon. Today’s truck load will go to Jenkins; both in Letcher County. Most all supplies are being delivered via four-wheelers.

LAFOLLETTE, TN (WLAF) – Another 18-wheeler is stationed in the parking lot of Community Trust Bank – Weir Woods/Jacksboro. Your supply donations are ready to be loaded right now.

END_OF_DOCUMENT_TOKEN_TO_BE_REPLACED

Donna Jones is Eagle Tire Pros teacher of the week

CARYVILLE, TN (WLAF) – Teachers make a difference in their students lives each and every day. For many students, having a teacher who cares and goes that extra mile can be the difference in a successful education and graduation. We’ve all had that teacher who inspired us or helped in some way. That’s why WLAF and Eagle Tire Pros salute all of our hard working educators with a weekly feature.

END_OF_DOCUMENT_TOKEN_TO_BE_REPLACED

TOP PHOTO: “Everyone who typically turns left at Walgreens needs to consider going out to the highway through downtown Jacksboro for a few days. School just opened, and this intersection is probably going to be crazy between 7:30am and 8:00am for a while. Sinkholes can be a bugger that only get bigger,” said WLAF viewer Chuck Welch in a response to the original WLAF sinkhole story.

LAFOLLETTE, TN (WLAF) – For those heading toward Jacksboro or La Follette who regularly come off Towe String Road via the Citizens Bank stop light at the four lane, you may want to re-think your travel route. The Towe String Road left turn lanes at the four lane went from two lanes to one lane on Wednesday afternoon after a sinkhole developed. That lane shutdown will also affect La Follette bound travelers.

END_OF_DOCUMENT_TOKEN_TO_BE_REPLACED 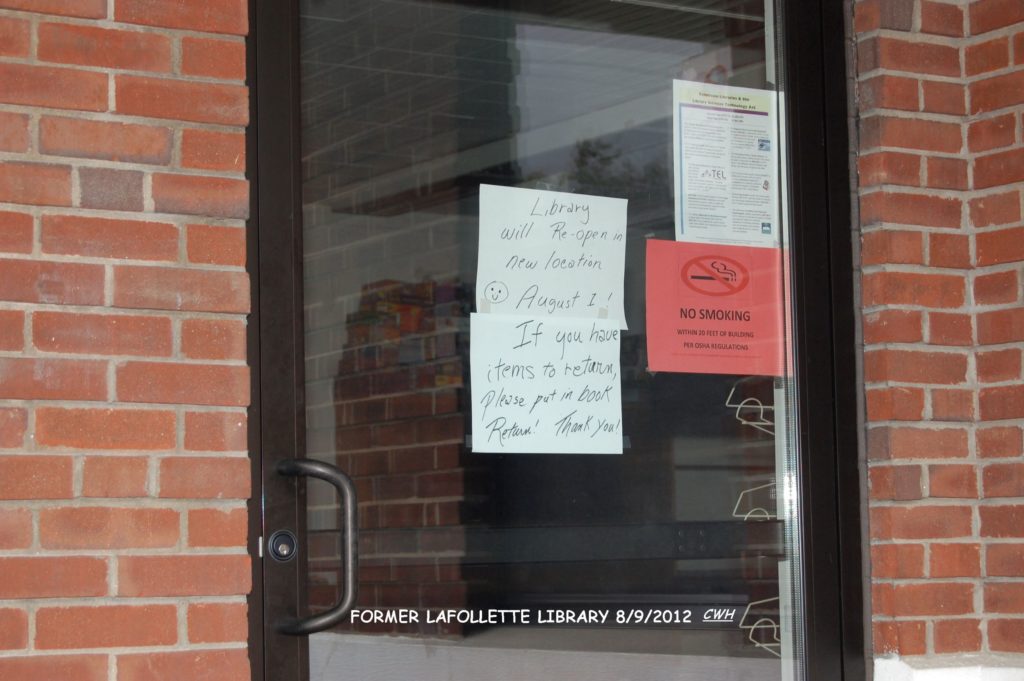 LAFOLLETTE, TN (WLAF) – It’s been 10 years since the new La Follette Public Library officially opened, August 1, 2012. Today at noon, you are invited to the big celebration. Lunch will be served.

END_OF_DOCUMENT_TOKEN_TO_BE_REPLACED 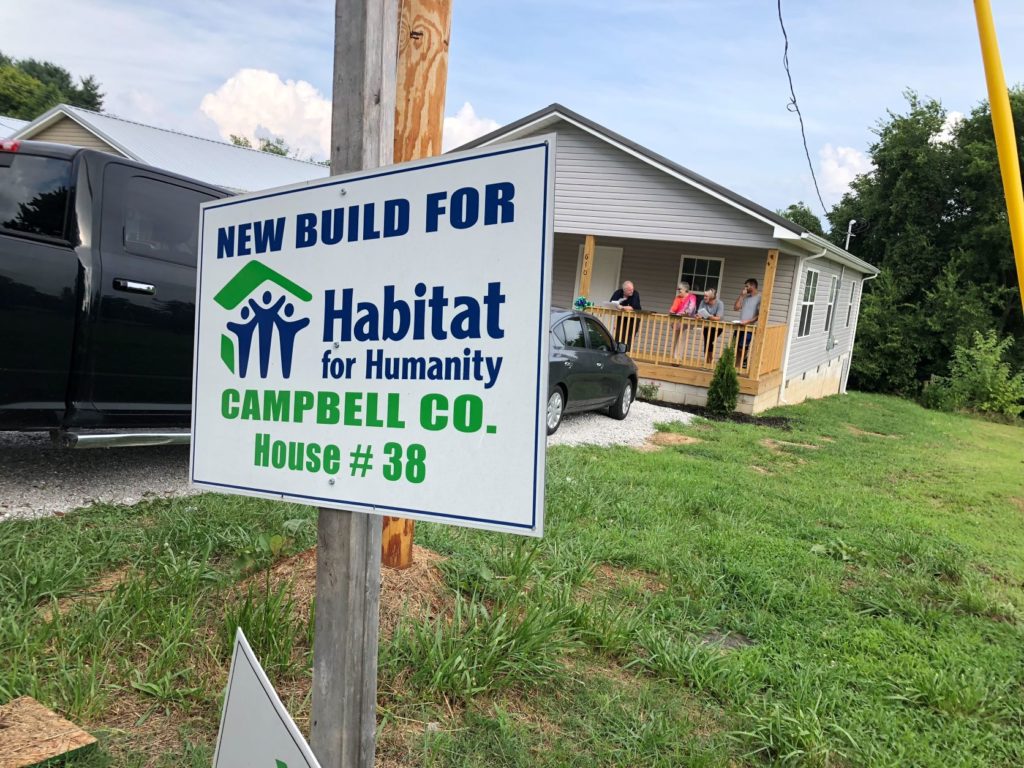 TCAT and Habitat partner on house build; more to come

TOP PHOTO: TCAT and Habitat for Humanity teamed to build this home for the Douglas family; a first for the two entities.

LAFOLLETTE, TN (WLAF) – Jacksboro Tennessee College of Applied Technology students are gaining valuable on site experience while building for Habitat for Humanity. According to both organizations, it’s a “true win-win situation” for the community and students alike. Students gain first hand experience in their trade, as well as learning how it feels to “give something back” to the community.

END_OF_DOCUMENT_TOKEN_TO_BE_REPLACED 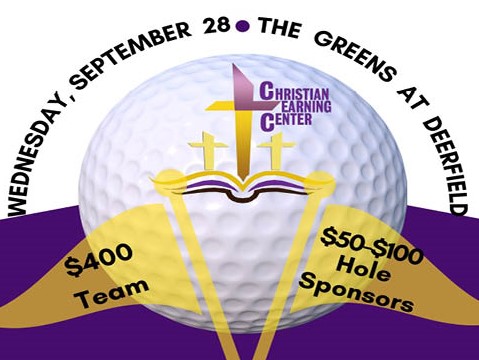 LAFOLLETTE, TN (WLAF) – Now is the time to make plans to take part in the annual benefit golf tournament for the Campbell County Christian Learning Center.

LAFOLLETTE, TN (SPECIAL TO WLAF) – The September Sobriety Checkpoint conducted by the Tennessee Highway Patrol in Campbell County is set. It’ll be where North Indiana and North Tennessee Avenues meet at the Leo Lobertini Bridge in La Follette.

PIONEER, TN (WLAF) – A trooper with the Tennessee Highway Patrol arrested a Jacksboro man early on Sunday morning at the Campbell-Scott County line.

LAFOLLETTE, TN (WLAF) – This is a look at Monday Motors on what back in the day was called Highway 25W. Today this same location is the Sonic Drive-In. Curt Monday was the owner and operator.

END_OF_DOCUMENT_TOKEN_TO_BE_REPLACED 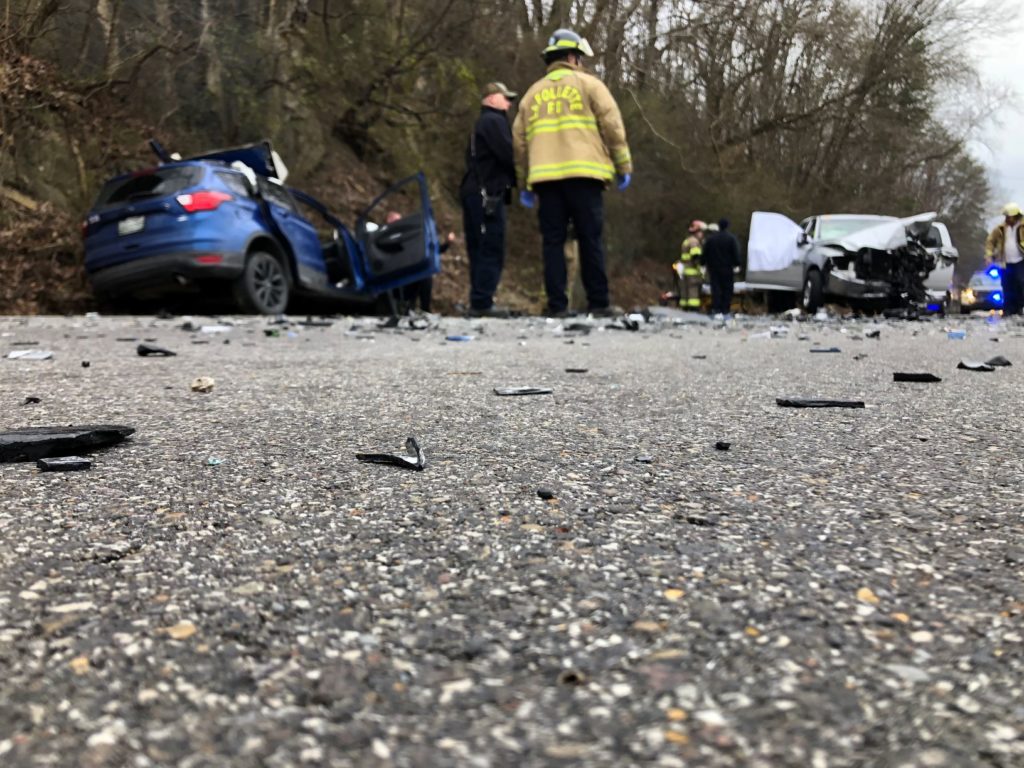 TOP PHOTO: The fatal accident happened on Feb. 4, 2021, on the four lane near Krome.

JACKSBORO, TN. (WLAF)- Yesterday, Robert Byrd was slated to learn his fate for causing a fatal traffic accident in Feb. 2021.

But collecting two arrests since he pleaded guilty to vehicular homicide delayed his sentencing until October.

JACKSBORO, TN (WLAF) – Last month, the county commission workshop was addressed by a group of Shady Cove residents upset over the condition of their road and lack of help from the county for what is technically still a private road. Commission Chairman Johnny Bruce announced at Monday’s workshop that he has set a meeting with Road Superintendent Ron Dilbeck and Shady Cove residents the next day in hopes of finding a solution.

JACKSBORO, TN (WLAF) – The August meeting of the Campbell County Board of Education started off with Director Jennifer Fields presenting retiring board member Faye Heatherly with a large floral arrangement and etched crystal award and praised her 18 years of service on the board. Heatherly served as Campbell County’s representative to the Tennessee School Board Association, serving on the TSBA’s board of directors and a term as TSBA president during her years on the board.

JACKSBORO, TN (WLAF) – When the Campbell County Commission met Monday afternoon for their budget committee session, the audience included around 20 members of the Jellico Honor Guard, all decked out in their dress uniforms and hoping for some financial support from commissioners.