The WLAF – Hammrtech Hot Line
... WATCH Campbell's home basketball games with Anderson beginning at 4:30 pm this afternoon over the WLAF - Doyle's Tire Sports Network ... School is on a two-hour delay on Thursday ... 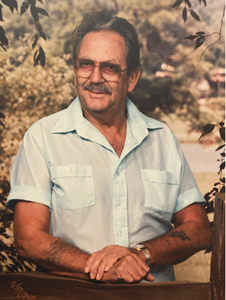 TOP PHOTO: Korea War Veteran Dennis Bailey, who grew up in the Bethlehem community, passed away last month. You may be one of the hundreds who mailed a Christmas card to the him last year.

XENIA, OH (WLAF) – “We’ve already had calls to get Dennis’ address so they can send him a Christmas card,” said Eddie Bailey, Dennis Bailey‘s younger brother. Eddie and brother Frank joined with WLAF last Christmas and put together a drive to send Christmas cards to Dennis who, at the time, was living at the Ohio Veterans Home near Cincinnati.

We’re sad to report that the 90-year old Korea War Vet, who served two tours of duty, passed away last month. He was laid to rest at Dayton National Cemetery on Dec. 1. Eddie was able to attend the services. Frank, age 92, was not due to COVID-19 concerns.

Last December, the Bailey brothers stopped by WLAF with a simple request.  They wanted to get the word out for folks to send their brother Dennis a Christmas card. “In 2018, he received more than 100 cards,” said Eddie.  The brothers were hoping he’d get a couple of hundred cards for Christmas of 2019. The brothers called on WLAF to help them reach their goal; reach they did and beyond. The last card that came in to Dennis was number 836 far exceeding anyone’s expectations.

Frank himself was a career military man serving in both the Army and the Air Force. Eddie, who turns 80-years old today, was in-between wars.(WLAF NEWS PUBLISHED – 12/18/2020-6AM)